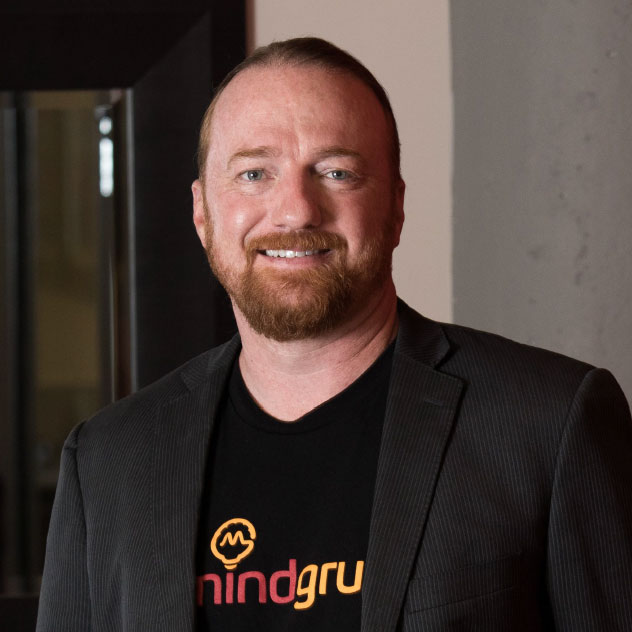 Todd Marks, a two-time EY Entrepreneur of the Year nominee, a member of Baltimore Magazine’s 40 under 40, and a three-time member of The Daily Record’s Most Admired CEOs is the founder and CEO of Mindgrub Technologies. Mindgrub, a member of the Inc. 5000 for ten years running, is a technical agency that specializes in award-winning mobile, web, and marketing strategy solutions. Todd founded Mindgrub in 2002 in his basement and has since overseen projects for clients such as Exelon, Wendy’s, DELL, Under Armour, Yamaha, Crayola, Geico, The Economist, University of Maryland, and NASA.

Todd began his professional career teaching Math and Computer Science in Maryland. With the dot-com bubble at a high in 2000, Todd took the chance of a lifetime and started a digital agency focused on websites and eLearning, building both his business and mobile apps from the ground up. Mindgrub’s growth quickly skyrocketed after Apple’s introduction of the iPhone in 2007, and under his leadership, the company became one of the first mobile development agencies in the mid-Atlantic. His hard work and vision paid off, as Mindgrub has grown to nearly 200 employees and has become a leader in its industry. In the beginning stages of Mindgrub, Todd was the first engineer, designer, and user experience expert. He created the departments that are still represented in Mindgrub’s work today.

Todd, an experienced speaker and futurist, has shared his vision for innovation in technology and business at conferences such as SXSW, Adobe Max, and Mobile World Congress, and has been profiled in The Huffington Post, CNN, Newsweek, and is a contributing thought leader for FastCo. He has been successful in creating a scalable business model that can be expanded throughout the globe and into the virtual universe. Todd saw an opportunity for Mindgrub as the world around it shifted focus to an online culture and brought the company into the emerging world of the metaverse. Mindgrub became the first company to build a virtual reality holodeck in 2016 and built an entirely online office within the metaverse, ready to be utilized by the entire team at Mindgrub to the fullest extent.

Todd is chair of the Maryland Tech Council and has provided strategic direction for many public/private initiatives, including the Maryland Business Relief Wizard, an online tool released in early 2020 to help businesses better understand how to navigate federal, state, and local aid programming. He also serves as a member of the Northeastern Maryland Technology Council Board of Directors, the Economic Alliance of Greater Baltimore, the Northern Virginia Chamber of Commerce, the Connected DMV Regional Economic Development Strategy (REDS) Steering Committee, the Young Presidents’ Organization, and the Loyola University MBA Program advisory board. Outside of work, Todd lives in Baltimore with his wife and seven children and balances his expertise within the digital world with the natural one around him. On the weekends you can often find him camping, kayaking, biking, or spending time with his family.

Innovation Across Industries: How to Leverage the Metaverse Today and in the Future Location: Allegheny Date: October 27, 2022 Time: 10:20 am - 11:10 am View session