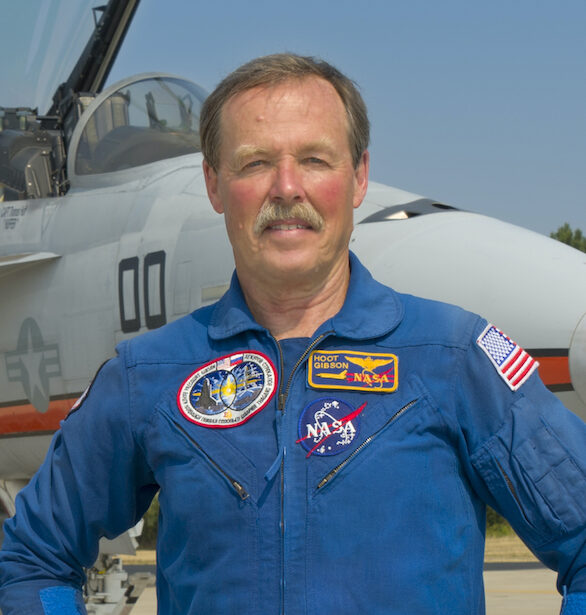 Captain Robert “Hoot” Gibson, USN Retired, served as a Fighter Pilot, Test Pilot, and Navy Astronaut before joining Southwest Airlines as a Pilot in 1996. He flew 5 missions aboard the Space Shuttles CHALLENGER, COLUMBIA, ATLANTIS & ENDEAVOUR, once as Co-Pilot and 4 times as the Mission Commander. He was awarded numerous decorations including the Distinguished Flying Cross, the Legion of Merit, the Air Medal, and the Vietnam Service Medal. He was inducted into the Astronaut Hall of Fame in 2003, the Long Island Air and Space Hall of Fame in 2011, the Spacecamp Hall of Fame in 2012, and was enshrined in the National Aviation Hall of Fame in 2013.